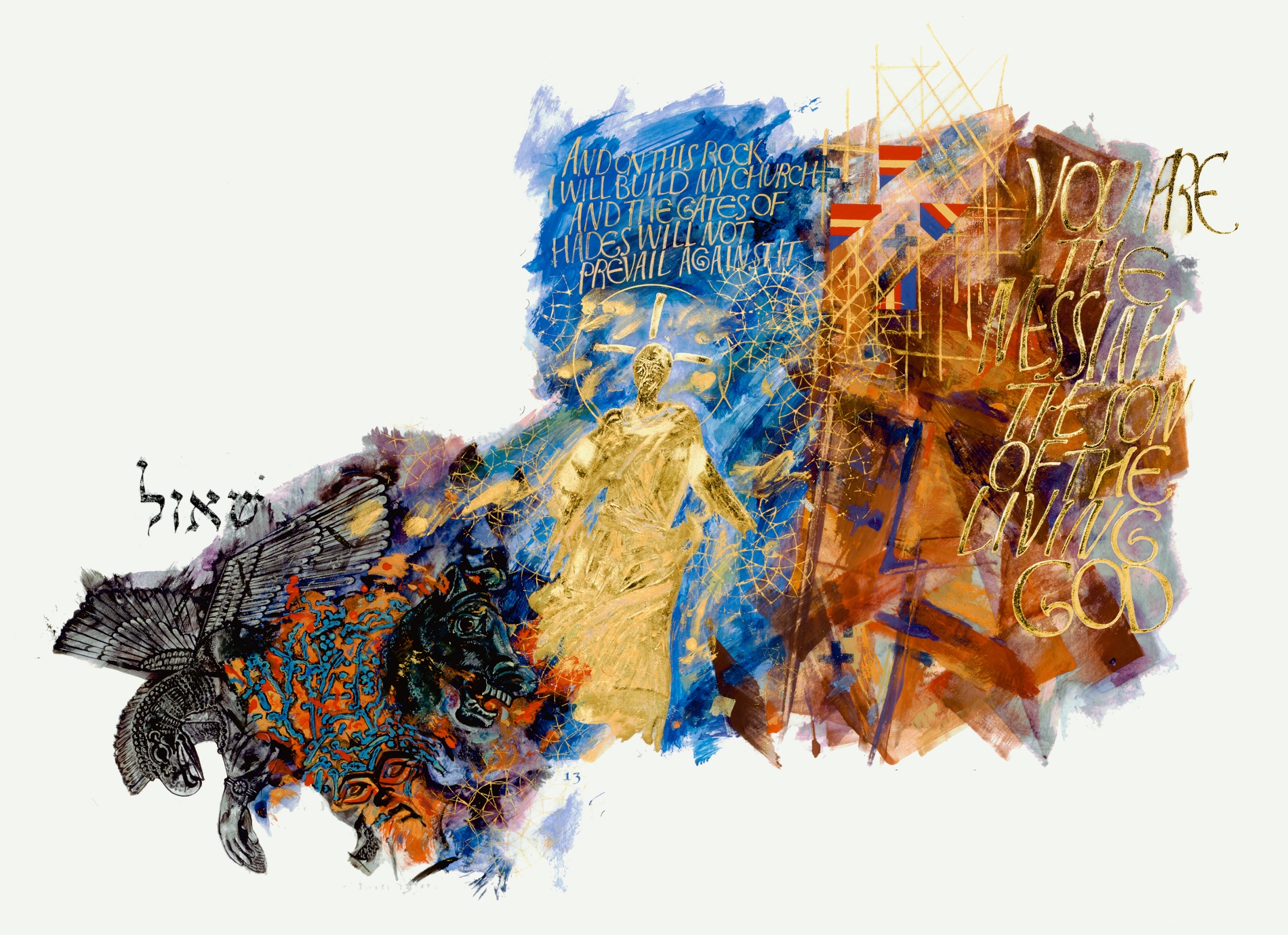 In this illumination, Jesus is rendered entirely in gold. He is shown in the center with the enlarged text, “You are the Messiah the Son of the Living God” (Mt 16:16). He is alive, fully incarnate, standing in the midst of a contemporary representation of hell.

The Church is the sacramental presence of Christ in the world. Just as Satan and the forces of evil tried in vain to eliminate Christ by death, they attempt, also in vain, to eradicate those baptized in Jesus’ name by the same means. Christ’s words to Peter, “And I tell you, you are Peter, and on this rock I will build my church, and the gates of Hades will not prevail against it” (Mt 16:18) is the guarantee that sin and death have long failed in subverting God’s ultimate plan of redemption.

Historians agree that we are in a period of Christian persecution greater in scope than the Church has ever before faced, even greater than the persecutions under ancient Rome. The faith and hope etched on the face of current martyrs, such as the Coptic Christians on the beach in Libya just before ISIS beheaded them, is proof that the gates of Hades (Hell) will not “prevail against it” (Mt 16:18). In Pope Francis’ recent homily celebrating the feasts of Peter and Paul, he commended these martyrs for their supreme witness as they died with Jesus’ name on their lips. Additionally Pope Francis implored that those of us, who are fortunate to experience peace and prosperity, continue to witness to Christ as well as set aside time to pray to God, who does not abandon his children. How else might you stand in solidarity with our Christian brothers and sisters undergoing persecution?

Rev. Michael Patella, OSB, SSD is professor of New Testament at the School of Theology and Seminary at Saint John’s University, Collegeville, MN where he also serves as seminary rector. He served as chair of the Committee on Illumination and Text for The Saint John’s Bible. He is author of Word and Image: The Hermeneutics of The Saint John’s Bible (Liturgical Press, 2013).